Tim Draper, the billionaire venture capitalist and the founding partner of Draper Goren Holm, an early-stage blockchain venture capital fund and producer of the world’s largest blockchain and cryptocurrency conference, joined the 4th Annual Security Token Summit for an exclusive session with Fox Business’ Liz Claman to discuss the future of the global financial structure. He stressed the fact that despite the short-term fluctuations, cryptocurrencies will eventually outperform fiat currencies in 5, 10, or 20 years horizon.

Upon being asked about the drop in the crypto market followed by the stablecoins, Tim replied that at the beginning of any innovation there are problems in the system which over time get taken care of. We will be facing a lot of fits and starts in engineering, governance, business transitions, and in the retail markets like accepting bitcoin as we approach this new dawn, Draper added.

“I am hoping to have a time where I can raise a fund completely in Bitcoin invest in entrepreneurs have those entrepreneurs pay their employees and suppliers in Bitcoin and we pay our taxes and the whole thing can be a walled garden with no accounting, no auditing, no bookkeeping, no transfer agent and all of that can be done in a simple way. This is going to be a much more efficient economy,” he said.

When Liz Claman asked about the President of El Salvador, Nayib Bukele, and his move to buy 30,000 bitcoins, Tim Draper said depending on the time horizon, he thinks he (Nayib) is going to look like a genius.

Talking about the regulators going haywire after the Luna crash, Draper expressed his concern about how slapping regulations will only hinder the innovation. He added that people should be allowed to make their own call regarding their investments. 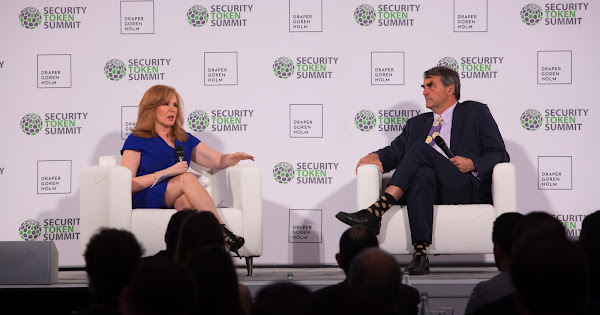 Draper also took the opportunity to mention his interest in the decentralized world and discussed “Unstoppable”, a company that offers decentralized websites and contributes to the promotion of free speech all over the world. He also said that he really likes DAOs as it focuses on solving social issues. “What if Bezos started Amazon as a DAO with a bunch of DAO tokens and his employees, customers, and the community got a bunch of DAO tokens? Suddenly there isn't the schadenfreude about why is he rich and I'm not, instead it's like that guy has created something really cool and we're all a part of it and we're all benefiting from it,” Draper added while explaining the importance of DAO.

The highlight of the session was when Tim Draper doubled down on his prediction of Bitcoin price going up to USD 250,000 by the end of this year or early next year.

About Tim Draper
Tim Draper is the founding partner of Draper Associates and DFJ. Tim’s original suggestion to use viral marketing as a method for spreading a software application from customer to customer was instrumental to the successes of Hotmail, Skype, and others. Tim has been recognized as a leading supporter of entrepreneurship with numerous awards and honors. He was listed as #46 of the most outstanding Harvard alumni, #7 on the Forbes Midas List, #1 of the Most Networked Venture Capitalists by Always On, and #98 in Worth Magazine’s 100 Most Powerful People in Finance. Tim also received the World Entrepreneurship Forum’s “Entrepreneur for the World” in 2015. Tim received a BS from Stanford University with a major in electrical engineering and an MBA from the Harvard Business School. He served on the California State Board of Education in 1998-1999, and currently leads an initiative to create six new states in California (Six Californias) to encourage competition and choice in government. In 1994, he created a non-profit for young children to learn about business and entrepreneurship called BizWorld. In 2011, he created Draper University of Heroes, a residential and online school to help extraordinary young people meet their entrepreneurial goals.

About cookies on this site
Experiences are everything. DGH.Events, along with our organisers and partners, use cookies to give you a more personalised and efficient online experience. Cookies allow us to monitor site usage and performance, provide more relevant content and ads, and develop new products. You can accept these cookies by clicking "Accept" or reject them by clicking "Reject". For more information, please visit our Privacy Policy.